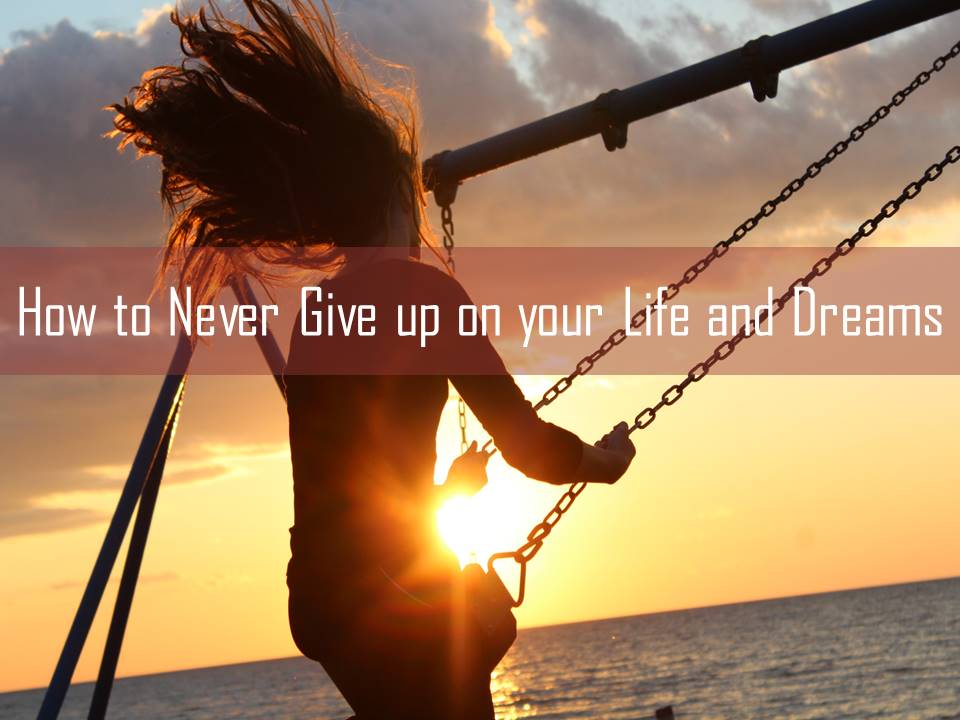 As I was busy working on my laptop, my 18 months old son passed before me riding his toy cycle with his sister seated back. My 4-year-old daughter hugged him tightly as my son was moving fast. There was so much closeness on the scene and I couldn’t lift off my eyes.

I won’t give up attitude!

It was a lovely gift we gave my son a month back as he had fantasies over cycles. I don’t know which one got his attention but he had been repeatedly asking us about it. So we surprised him with one.

He was very excited when he got the gift. However, he didn’t know how to ride it.  We were little disappointed seeing him struggle. Getting into the cycle itself an arduous task for him let alone ride it.

Besides, he got so surprised seeing my daughter ride it with ease. He badly wants to ride it but don’t know how. We taught him few times. However, he kept falling down. Finally, we gave up and minded our business.

In the next morning, he somehow learned to get into the cycle without crumbling down. He also figured out to ride it backwards. He would move his cycle backwards till he hit the wall, then he would get down, drag it by hands forward and once gain sit on the vehicle with so much of struggle only to ride it backwards again.

This continued for days. We thought probably the gift is not apt for him. After few days, we lost interest to watch him too.

Now all the memories flood before my eyes as he rides his toy faster to an extent my daughter who is seated behind has to hug him to prevent her from falling off. He finally made it. I don’t know how he learnt it.

He chased his little dream no matter how slow he made progress. However, I gave up watching him. That’s difference between a child and adult attitude. We do give up so easily, isn’t it?

Kids have plenty of lessons to teach us. They don’t give up on their dreams just because it takes the time to achieve it.  All they have in mind is the simple desire to achieve and the attitude to never give up. They don’t bother about the world watching them. They don’t worry about the mistakes.  No matter how many times they fall, they know they should get up soon and try one more time.  These are inborn skills of everyone when we were kids.

As we grow, these greatest skills disappear from life.

Last month was very hectic work wise. I had many such giving up moments and only by watching my kids I hold on to life. They are my anchors during rough water.

What makes people give up on life and dreams?

There are five common factors that hinder us from treading on the path of dreams. They are ones which induce us to give up.  Let’s see what they are.

If you don’t know why you want to do something, then most likely you won’t do it. This is as simple as that. Lack of purpose is a lack of destination to your dreams.

You cannot sail in an ocean without having a destination in mind and direction on the map.   You will simply be circling on a large body of water hoping something would finally turn up out of magic.

Life is similar. Without having a purpose, you won’t move towards any direction. You just waste time doing unrelated activities hoping for the best to happen somehow.

Often we begin a work with a burning motivation to make it happen. In a week, when you hit the reality you will wonder why you were so excited few days back.

Lack of motivation is another factor that causes people to give up. That’s why we don’t stick to our new resolutions even for a month let alone for a year.

Understand that motivation can only help you get started. However to move forward you need be consistent and persistent. That is the only thing that can take you to the destination.

Next is the nagging self-doubt we have upon ourselves on all the things we set out to do.

It is an easy way to question your intentions and derail your dreams.

Once self-doubts weaken your action to pursue dreams, the excuses will find its place to prevent you from doing anything.

Your mind can always come up with a valid excuse for not doing something. Often these excuses sound so authentic and genuine, so you have no choice but to give in eventually.

Be prepared for excuses. Learn to understand the game it plays before it cheats you and move on.  By the time you come to know the truth you would have given up on your dream long back.

We love to blame others for our inability to something significant on life. Today I blamed the train for being late to pick up my daughter from school. Whereas the truth is started l late, hence I missed the train and so the delay.

In the flow, it is easy to accuse others. However, take a note that unless we stay accountable for what we do, we are not going anywhere in life.  If my son keeps blaming the toy for not keeping him intact without pushing him down, probably he would have never stood up and taken the seat to ride it beautifully one day.

The blame game is only for the people who find reasons to give up.

Retain the child-like curiosity and attitude to pursue your dreams.  Don’t give up on your life that easily. Understand your obstacles and work towards overcoming it. Don’t get carried away by your first mistake and stop trying altogether.  Remember we fail only when we quit not when we make mistakes.

125+ Insightful Quotes About Addiction & Reco...
Monthly Goals Update & Progress – May 2...
The Secret to Control Yourself: 5 Self-Control Tec...
5 Reasons Why You Should Stop Wallowing in Self-pi...
How Did I Improve my Self Confidence in 10 Doable ...
6 Must Know Effective Problem Solving and Decision...