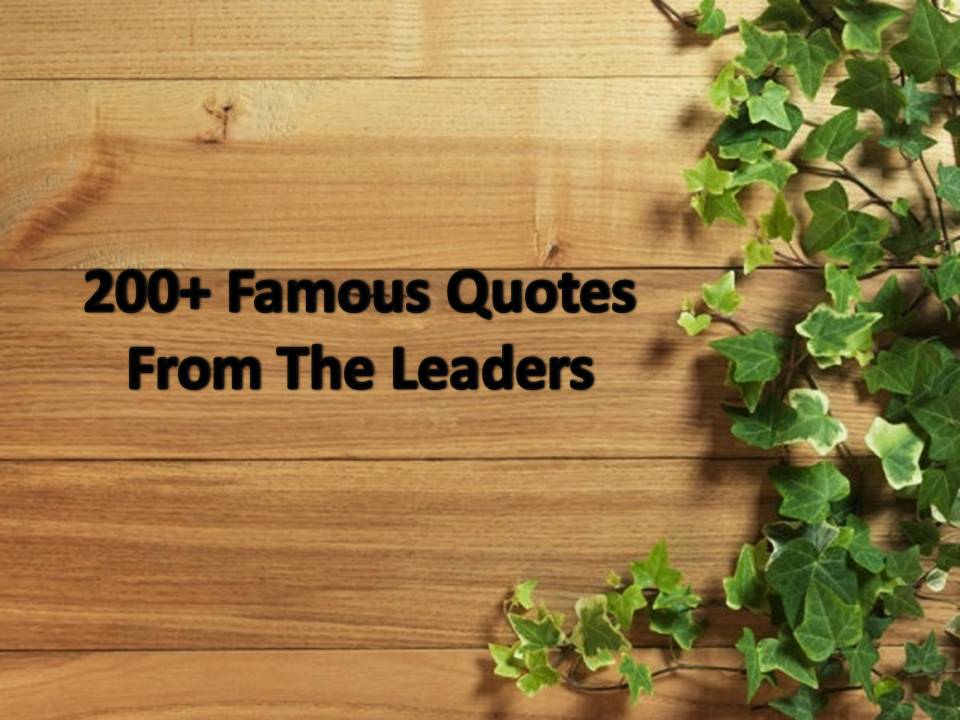 Hope you enjoyed reading this collection of “200+ Famous Quotes From the Leaders”. Please share this post to your friends and if you have any suggestions then feel free to comment.

The Pain You Feel…
Don’t think, Let it go…
125+ Lovely Captions For Best Friend’s Birth...
Happiness Is A Choice
120+ Quotes About Excellence
Smile ! God Loves You!