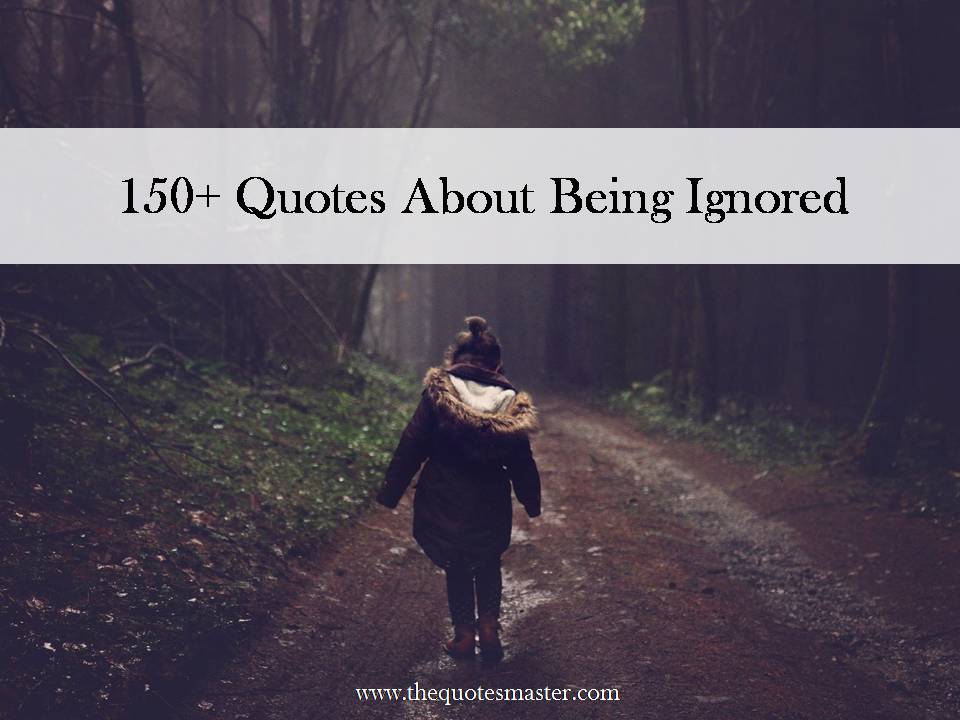 Everyone would have experienced the worst feeling of being ignored by someone, be it your family, loved ones, friends, crush, ex, coworkers, colleagues, so on. Sometimes all you need is a good company but at first you need to learn how to care for yourself and love yourself. Keep calm and overcome the pain of being ignored.

Here we have consolidated “150+ Quotes About Being Ignored”. Also we have included how to Stop Feeling Ignored Quotes. Happy Reading..!!

BEST BEING IGNORED QUOTES AND SAYINGS

BEING IGNORED BY LOVED ONES QUOTES

BEING IGNORED BY FRIENDS QUOTES