Gender inequality or gender discrimination is any unequal treatment, which includes giving privilege or priority, on the basis of gender. We live in a world where everyone deserves to be equally treated, recognized, respected and valued.

Gender equality means there shouldn’t be any discrimination among genders and it is our fundamental right. Be it men or women, it is mandatory to provide equal rights and opportunities without any difference or hidden benefits, so that everyone can achieve their goal with their full potential. 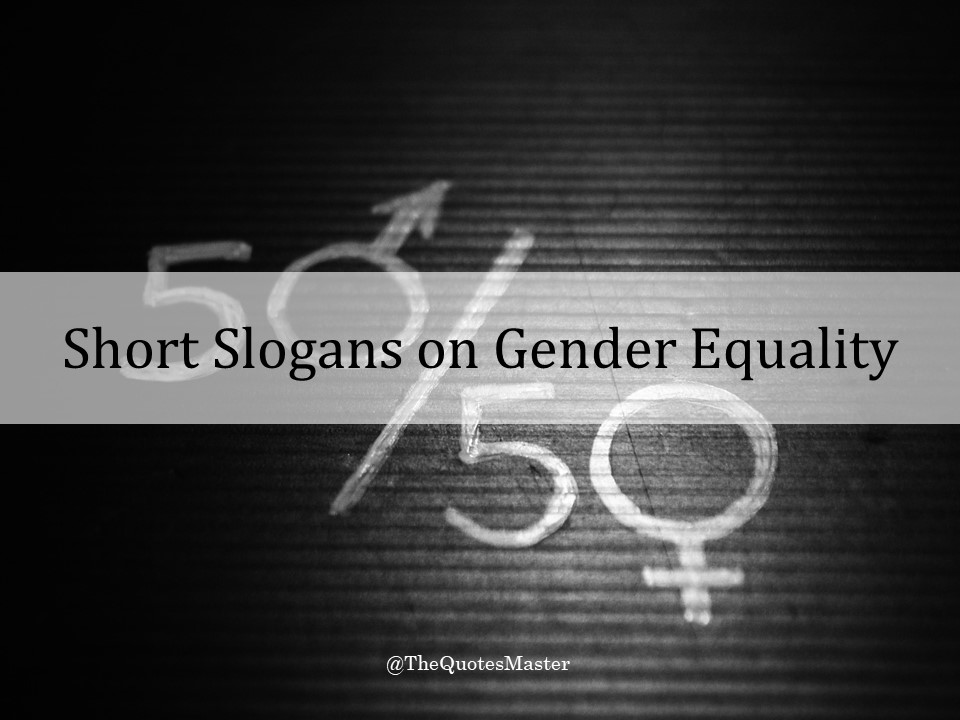 Are you ready to voice out against gender inequality? Well, here is our collection of catchy “20+ Short slogans on gender equality” which will definitely help you out in achieving gender equality and respect. Happy Reading…!!

Hope you enjoyed reading this post on “slogans on gender equality”, please consider sharing it on social media. Having any Message / Quote to be included in our list? Just drop a comment below.